How to read tarot cards: a very short overview 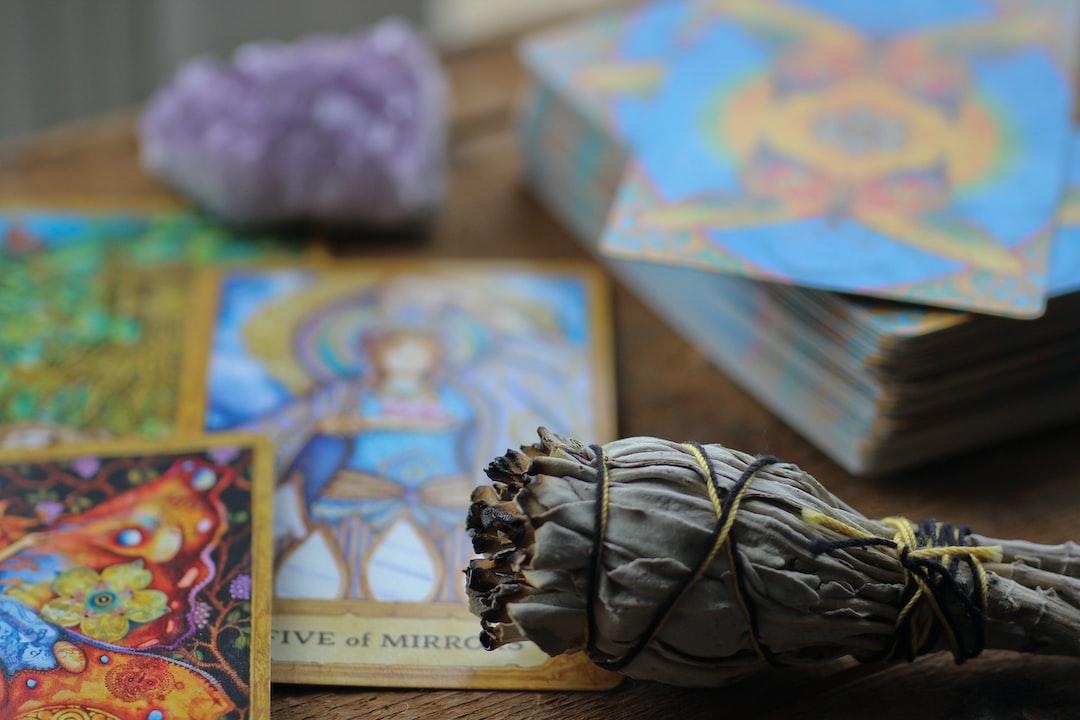 In many ways, learning to read tarot cards is like learning a new language. It is an ancient and mysterious language, built upon images and symbols that have resonated with people throughout the ages. It is a universal and timeless language, allowing us to communicate with the spiritual both within ourselves and in the real world. Therefore it is no wonder that in times of doubt, when guidance is required to find answers life’s most important questions, that men and women alike turn to tarot for solutions they may not have found on their own.

What are tarot cards?

Firstly, no one knows exactly where or when the tarot cards come from. The earliest known tarot cards deck that is still in existence dates back to the 1840s. Only seventeen cards from this deck survived the time. They were painted by the Italian artist Bonifacio Bembo for the Duke of Milan (Skye Alexander, The Only Tarot Book You'll Ever Need).

So, what is tarot? There are countless numbers of definitions... For me, the tarot cards are tools to give the reader insight into deeper truths, important life lessons and ultimately provide guidance.

What are they for?

I remember many years ago hearing something brilliant; that there'no such thing as bad weather, only unsuitable clothing. This stuck with me because on the British Isles you can regularly experience all four seasons in one afternoon, but also because I felt it was an invaluable lesson for life in general. In relation to tarot cards, I believe that the future is not written in stone but by embracing the wisdom and insight that the cards can offer us, we can prepare ourselves mentally, physically and most important spiritually for whatever may lie ahead.

Into each life a little rain must fall, but by being in active communication with your Higher Self then you can make sure you always have suitable clothing.

The history of Tarot cards is a wonderfully rich and exciting subject, particularly for anyone like myself who has a passion for studying human history and our interaction with the divine.

As a Theologian I can recommend several worthwhile sources to anyone who would like to explore this further, and am happy to discuss any queries you may have regarding our understanding of spirituality in an historical context.

Tom Tadfor Little, a tarot historian, claims that traditional playing cards first emerged in Europe in the 14 th century. These cards were most likely brought over from the Islamic societies where they had been used for centuries before. It is important to mention though that these cards were not tarot cards. Tom argues that there is no evidence to show that tarot cards had yet been created. Apparently, this contradicts many claims that ordinary playing cards evolved from the original tarot deck.

It wasn't until 1440 that the cards that were most likely the origin of tarot cards were first mentioned. A letter from the Duke of Milan (the one mentioned above), there was a request for several card decks. These decks were of “triumph” cards.

In a letter from the Duke of Milan , there was a request for several decks of "triumph" (also known as “trump”) cards to be used at a special event.

It appears, however, that the first Tarot decks were created as a game. They were marked with suits of cups, swords, coins, and polo sticks, and courts consisting of a king and two male underlings. The deck also included 22 symbolic picture cards that did not belong to any suit. The decks were used to play a game called triumph that was similar to bridge. In triumph, 21 of the 22 special picture cards were permanent trump cards. The game quickly became popular in Europe. Around 1530, people started calling this game tarocchi, which is an Italian version of the French word tarot.

What do you need to do a tarot card reading?

If you want to do a reading or two yourself, here is how to get started.

Firstly, you should know that there are 78 different symbols and an extensive array of spreads to choose from.

2. Learn the meanings of different cards;

3. Question. You can ask the tarot cards any question you like. But whether the answer will be useful to you is a different matter. If the question is vague then the answer will not have much value. Similarly, if you ask yes / no questions then it's fair to say you can expect limited yes / no answers that don't provide much useful information.

For example, let's say you wanted to ask the cards "Will I ever get married?" - and the answer comes back as yes... Well, what then?

Or similarly you ask the cards "WHEN will I get married?" - and the answer is that you will get married within the next 3 years. Though slightly more specific, it's still not really given you any guidance that you could practically use. The marriage foretold in the cards could potentially be an ill-fated one, where one or both partners are doomed to unhappiness. Does knowing the timeframe for this give you any guidance on how to avoid it?

Therefore, my advice would be to not limit your question unnecessarily, or you may miss the crucial message the cards are trying to tell you. Instead approach your question to the cards from a pure and spiritually motivated place. For example, "Is getting married the right decision for me?" or "What is the potential of my partner and I's current relationship?" or "What can I do to help ensure I have a healthy relationship in the future?"

4. Tarot spread. Many tarot card guides for beginners recommend starting off with the Celtic Cross spread. It looks impressive but it can be a bit overwhelming for newbies to interpret. Instead you can use simple 3 card spreads. Besides, you will be surprised how much insight you can extract from one of them.

Can anyone do a tarot card reading?

To quote the wise words of Reverend Lovejoy, “Short answer 'yes' with an 'if'… long answer 'no' with a 'but'.”

So yes, anyone with a pack of cards and a basic knowledge of tarot can read the cards. And of course that’s how we all start out when we first start to discover the art. But it takes many years of practice and study to develop a strong foundation of proficiency, and even then some people are just not blessed with ‘the knack’. Whether the fault lies in some 'professional' reader’s motives for what they do, or their own lack of spiritual awakening, it is certain that some tarot card readers are better than others.

Furthermore, it is always far more difficult to read your own cards than someone else’s. The level of impartial objectivity required to accurately read what the cards are trying to tell you is tough. We are all strongly influenced by our existing biases and fears, and for the big decisions in life we are so involved in the details of something that we do not notice what is important about the thing as a whole.

As the old saying goes, it’s hard to see the wood for the trees.

Discover how tarot card reading predictions can be used for your love life or perhaps the lack of it....